3 Game-Changers for IT Managers 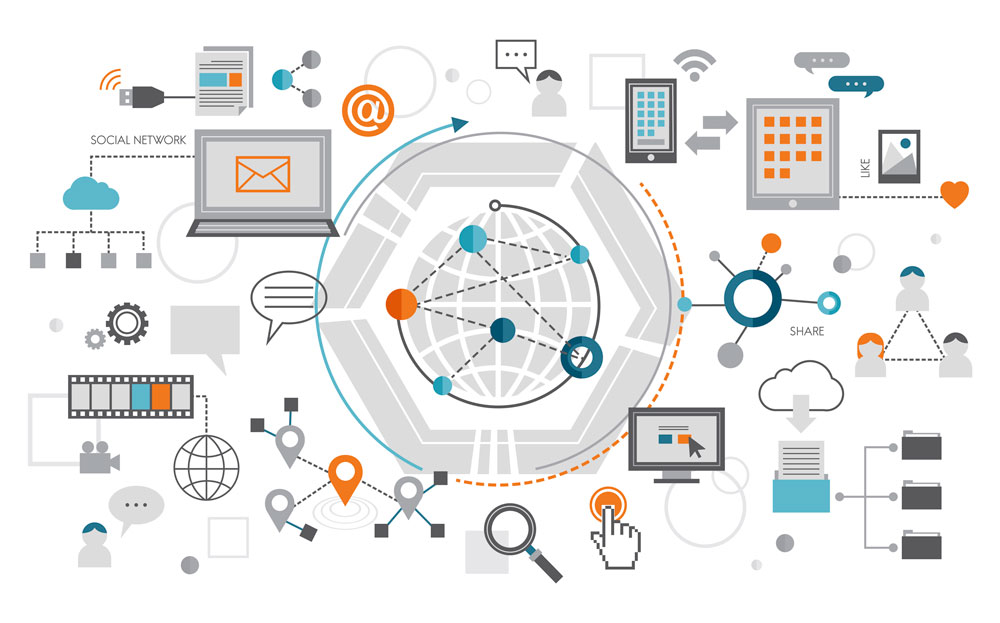 MEET GREG GERBER. Greg’s career has spanned over 25 years in the education sector, starting out as a high school teacher before serving as Vice Principal. When offered the role of Principal, Greg made the decision to leave teaching altogether and move into IT, allowing him to pursue another passion and spend more time with his family. However, during the subsequent 12 years in IT, Greg quickly realized the majority of his time was spent consulting with schools, and helping them to better their vision and mission.

Soon, Greg was back in school as Director of IT, focusing on finding and implementing a new School Management System. He quickly rose to become the Director of Learning for 43 schools across British Columbia, and now works in higher education as Assistant Professor and Dean of Science and Instructional Technology at the New York Institute of Technology, as well as regularly collaborating with the Ministry of Education and for K-12 schools in and around British Columbia.

Major challenges for IT managers: What they are & how MySchool resolves them

Whatever application a school chooses they must choose something, in my opinion, which serves their vision and mission in the most efficient and effective way possible.

The number one pain-point for IT managers is recognizing that in their schools, they typically have up to 3 different contact management databases. For example, they have a Student Information System (SIS), an alumni database, an accounting database and what happens - very poorly, in the majority of schools - is that when a change for a contact is initiated by, let’s say, the administrator or secretary (where 90+% of the changes come from and the remaining 10-15% typically come from finance) and if one person makes a change from another department - having it replicate itself across each one of the databases almost never happens.

Resolving the major challenges for IT managers

Contacts and communication protocols are out of date. So there’s a replication of work, a breakdown in the communication that takes place. It’s awful. It’s an IT manager’s number one nightmare. A really proficient tech will create workflows that are automatically triggered if a change occurs in Database A and replicate down to Database B and C and D (if there is one). But this approach is limited to very proficient tech. Almost no tech will replicate a change across different databases which is a massive issue.

3 Key MySchool features for IT managers…

One of the reasons that I am a large advocate for this program is because I know it works.

1. Changes replicated across ALL databases

With MySchool, everyone is working within the same data set. This means that any contact change - whether it originates from the administrator or secretary (because she’s thinking about students and their associated contacts) or from the alumni database (that’s associated with the campaigns they’re running), any changes will be replicated across all of those steps automatically because it’s all the same central database. 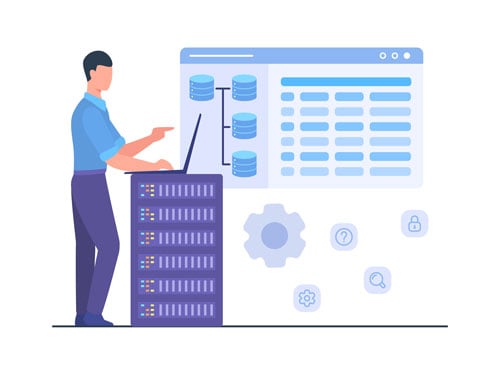 That is the biggest difference and one of the biggest reasons why IT staff see the advantage to MySchool.

Still connected to the need for centralized data is the ability to export and manipulate data from the system. First, because the entire back-end is SQL database, IT managers can create an export rule to select any and all fields to export and is automatically put into proper calorimeter format and export the data to Excel so they can manipulate and do whatever they want with the data. That is huge because, with most systems, you are limited to a few canned report types, but having the ability to work directly with the data is a game-changer. 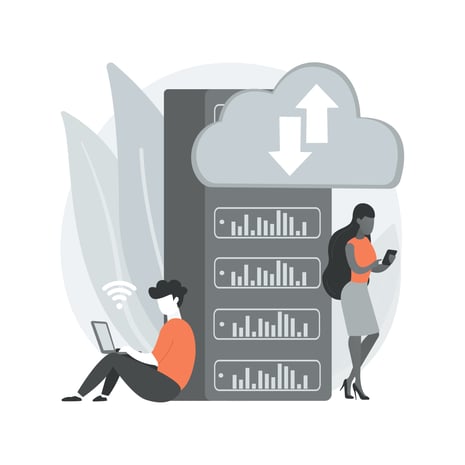 Now, there are two basic levels of report generation within MySchool: I can export data by creating reports or memorized export and if I pay more, I can have direct SQL access and can write SQL queries directly to the system and pull them out. To be more proficient, IT managers can also attach these to a Microsoft Word document directly, complete mail merge from SQL - there are so many things that can be done at this point.

Another stand-out feature is the intuitive design. For an IT manager, that’s huge because: 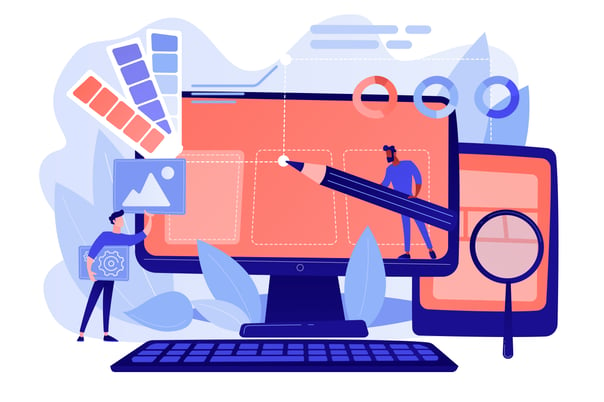 For end-users, they won’t need as much help (yay!). This is helpful because users feel more supported and can troubleshoot their own problems and navigate the system easier. For 9 out of 10 users in a school, ‘point and click’ is exactly what they need. For the rest who are involved in configuration and setup (with higher privileges) IT departments will be able to dedicate more time supporting these ‘bigger picture needs.

For IT staff, MySchool provides the ability to impersonate. It’s super helpful. Typically there is a lot of back-and-forth between an IT manager and an end user to determine what the problem is - by asking “what’s on your screen?” or “what don’t you see?”, etc. With MySchool, I can impersonate the user and see what they see to determine if it’s an issue related to an end user’s proficiency in using their system or a technical issue that needs to be fixed within the system. I can then create a quick screen capture video from the user’s perspective, so when you answer them, you can send them a video to show them exactly what they need to do - with no differences in the video because you did it as if you were them. I’m going to say it again, that is huge.

How MySchool can support the IT department during the pandemic and beyond.

I want schools to be served. I believe in education. I love education and I know that for a better world, our best way forward is to ensure we’re communicating exceptionally well with students, parents, alumni, etc. 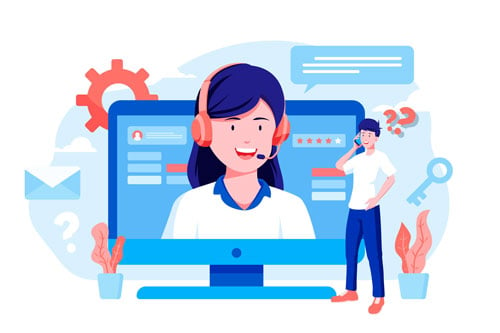 Firstly, the biggest thing for schools in terms of moving towards the fulfilment of their visions is recognizing that their primary stakeholder group is parents, not students. Schools serve the students, but it’s the perception of the parents that matters the most. With MySchool, parents will be onside with the school by dramatically improving the communication protocol. Communication is improved by having centralized email communications and they look good. That’s important.

Secondly. the parent portal functionality in terms of having student grades, teacher feedback and comments, and an overview of what the student’s engaged with on day-to-day basis is instrumental in increasing what I would call ‘ongoing communication and reporting’ which, in British Columbia, that is a very important phrase because the Ministry of Education has stipulated that you need to have two formal reports per year. I was on the team who created the reporting protocol for the schools.

Our idea at this time was that schools need 100-points of ongoing communication. Well, nobody can tabulate that - it’s impossible. Instead, what we really mean is to make that a part of your everyday process and MySchool enables schools to do exactly that. MySchool makes it part of the everyday through the centralized communications, the addition of SMS (if a school decides to utilize that), the immediate reporting of grades, feedback, and assignment data as teachers use the grade book.

What happens is - because parents are well informed of what’s going on on a day-today, week-to-week or whatever basis the school’s internal protocol is - Report Card Day becomes a non-event. When I was a kid, Report Card Day was an event. Now, with the way the grade book and reporting are available on a day-to-day basis, parents aren’t surprised in the same way that they used to be on Report Card Day. And, more importantly, parents move from the lane of discipline or reaction into a lane of intervention, support, praise and motivation - in real-time. What a difference.

That is a monumental change in the perspective and operational cognizance that a parent can engage with their child in their schooling to become an active participant.

Solid support that keeps your school ticking over.

The GDPR and school suppliers

Managing Separation and Divorce (of Parents) at School