The Evolution of the School Management System: PART 1

How did we ever live without it? It’s hard to remember a time when schools and technology didn’t go hand in hand.

But, there was a time when students didn’t have a cell phone in their pocket, parents didn’t get an immediate alert on their work computer about their child's attendance, and teachers couldn’t enter grades into a virtual grade book with the click of a button.

The school management system’s evolution has allowed massive amounts of data once categorized in many different programs to be compiled on a single platform enabling anyone within the organization ecosystem to access it and use it for various purposes.

The SMS has streamlined the way schools do business, empowering them to be more efficient than ever.

It All Began With the Wheel

So, how did all of this fantastic technology evolve into what it is today?

Well, it all goes back to the wheel…yes, but what we are really looking at is how we now use technology as a way of collecting, disseminating and managing data.

According to Wikipedia, a management system is “The framework of processes and procedures used to ensure that an organization can fulfil all tasks required to achieve its objectives.”

In 2021 we have brilliant computer programs that collect data and organize it for us with just a few clicks of a button. Maybe we take that for granted.

So, to truly appreciate just how amazing 21st-century technology is, let's take a brief look at how people once upon a time collected and managed data.

How the Ancient Greeks Collected Data

Data collection has been around since the dawn of time, and that is nothing new; however, what is new is the way it’s collected and shared.

It’s no secret that even people as far back as the ancient Greeks had to collect data. So how did they do it?

They used many different tools to record information. Some were more intricate than others, but they all served the purpose of collecting data.

One example of a tool used to collect data is the Antikythera mechanism, a hand-powered tool used around 87 to 205 B.C.

The ancient Greeks used it to predict the stars’ positions and eclipses decades before they were supposed to happen.

It has even been referred to as the oldest analog computer.

Another more familiar way the ancient Greeks collected data was by carving information into tablets. This example is one of 40 tablets that were part of a collection dating back to the sixth century B.C.

According to Archaeology, “One collection of cuneiform texts lists hundreds of medically active substances. This Late Babylonian diagnostic manual called Sakikku, or “All Diseases,” reveals the careful diagnostic observation of Ashipu or doctor-scholars.”

It was used for those that practised medicine as a “diagnostic manual” and even included diagnosing and treating epilepsy.

As data and information get collected and stored, you still need a process to pull it all together.

One of the earliest solutions for bringing parts together to make a whole was the assembly line.

The industrial revolution brought about the effective use of machines, and Henry Ford was widely credited with creating the first moving assembly line.

Developed during WWII, the moving assembly line became one of the greatest innovations of the 20th century. 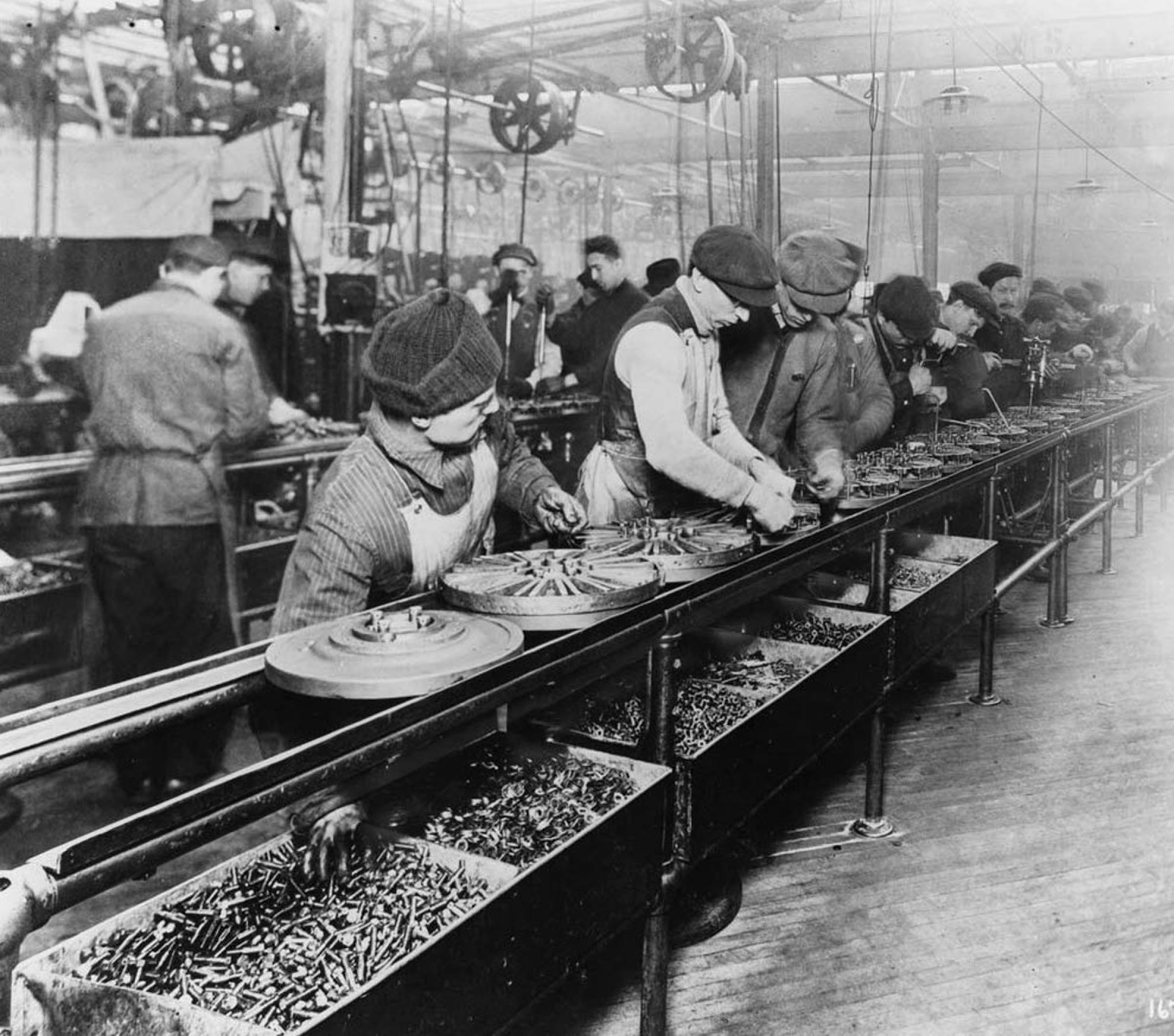 Even though there are many debates over whether or not he did indeed invent the first moving assembly line, the point is, the assembly line started the whole idea of working parts coming together to work more efficiently as a whole.

All of this early age, ‘technology’ was the foundation of what was to become the beginning of The Information Age.

The Information Age, the Internet, and the Personal Computer

So, before we ever had computers, people made ways to gather and collect data, record it and create processes to make things more efficient.

But toward the end of the 20th-century, things began to change drastically.

This period was known as The Information Age, and it’s the period that brought us the computer.

The first computers were introduced in the 30s; however, these weren’t the compact laptops or computer models we see today.

Let’s jump forward about 40 years. In the 1970s, the development of the single-chip microprocessor meant computers no longer took up an entire room.

The first personal computer was introduced in 1975. The boxy machine came as a “kit” you could purchase assembled, or you could choose to assemble yourself.

It had limited memory capacity, but the price point was significantly lower than its predecessors, and of course, it was much smaller.

Here is an ad for that very first machine called the MITS Altair 8800: 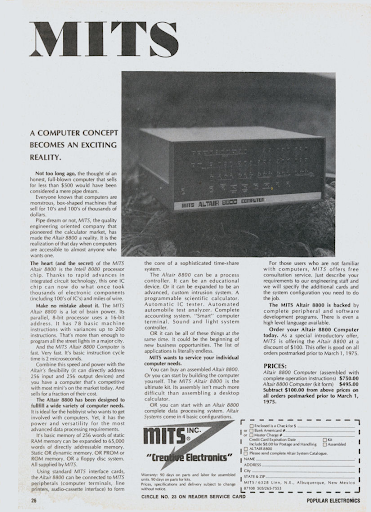 The Altair became an extremely successful product and was considered the spark that ignited the personal computer revolution.

However, it wasn’t until 1981 when IBM introduced the first personal computer that they actually took off.

The first personal computer was portable, and at a mere $1795, could be all yours.

The introduction of IBM’s computer dazzled the masses so much that Time Magazine selected it to be on the cover of their “Man of the Year” issue, which they dubbed as “Machine of the Year” in 1983.

This led to a technological boom that hasn’t slowed since.

Companies like Apple, Radio Shack, and Microsoft continued to make improvements to the personal computer.

And then one of the most significant technological advancements in history came about.

We finally had a way to connect and share all of that information.

There's more coming in The Evolution of the School Management System: PART 2...

We'll be back with the second part of our blog, starting with Data Collection and the Education System and spanning the Future of School Management Systems.

We'd love to hear from you in the meantime...

The Evolution of the School Management System: PART 2

Birth of the School Management System: Q&A with The Man Behind the Code